Get fresh music recommendations delivered to your inbox every Friday.
We've updated our Terms of Use. You can review the changes here.

from The Ratatat EP by Bodi 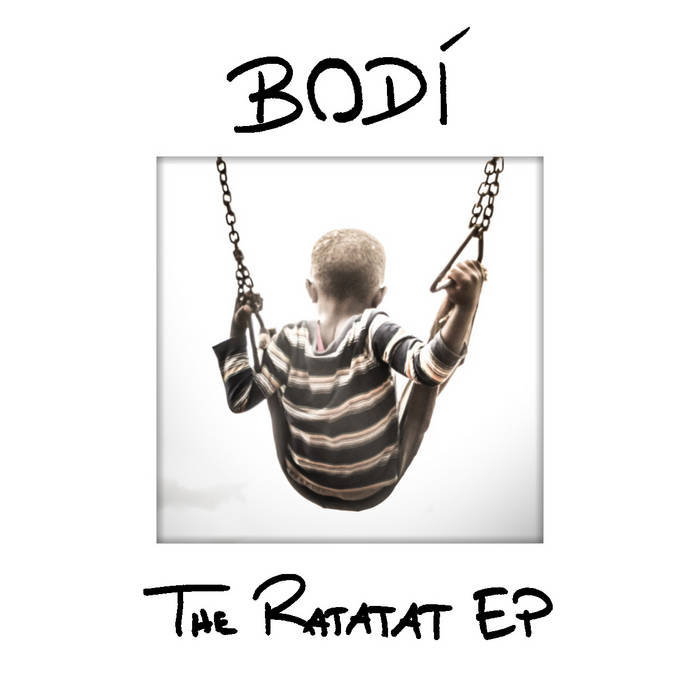 Verse 1:
Well it's been quite a trip
- I took some hits
- I'd be remiss if I said I didn't slip
- A time or two hundred
Run it from summit
To plummet
Repeated over and over
To learn
To rise from the fall and to love it
Uh, Name a mistake, I've done it
Thrown rocks and pointed fingers
Though I wish I were above it
My hands are plenty dirty
And the same hope I float on
Has been the thing that made me drown
When action's something separate from it
Half my life I couldn't stomach who I was
- Two times the other half wished I believed in god above
But I don't
And I hope it understands
That I'd rather build change instead of folding my, hands
See I've broken some plans and some hearts
To try to find light in the dark
And fight to do right from the start
I burn who I try to save
But no lifeguard or boat can shake us from the waves
Or breakers
That'll take us
To the end of, our, days
So say your goodbyes
Or decide the impermanence
Is what gives it meaning
Meaning for every heart beating
The fleeting's the perfect gift
No light without dark without light
Or flight without fall without flight
So life without death isn't life
- Right?
Well that doesn't help
Or make it easier to hold your head
When pictures on a shelf
Of loved ones that are gone smile back at you
We're passing through
It never gets easier, but it's something that we have to do
Now: we're all products of the same star
Dust
So where we're from and where we'll go is all the same, our
Trust
In one another is the only thing that keeps our
Crust
From busting at the seams, or so it seams
- I've learned that nothing can replace
Being present, being human, as the lines across the face
Start to move in
Carving ruins
Youth I'm losin
As the sands
Of time, erode the edifice
And slip through these hands of mine
I've learned no matter how hard you try to run
From your secrets and lies, one day they're gonna catch you
I've learned unless you are honest with yourself
It's pretty tough to be so with anyone else
That love will be dependent less it's met with self respect
And if there isn't trust and faith, those walls will keep us held in check
Or set the weight in others just to fill a void in you
And you can't love yourself if you avoid the ugly, too
And what's true is we're all in pursuit of the same
End conclusion: how to dance in the middle of the rain
To sustain a little happy in the middle of this travesty
And weave a little thread in the middle of this tapestry
I've learned that empathy's your pain in my heart
- Not fully understood, but a good place to start
I've learned there's limits, but most are just figments
And everything is beautiful, even when it isn't

Verse 2:
Another day comes, another day goes
And on, on, and on, on, and on it goes
Til we're old and we're gray
And we start to decay
And the writing on the wall's for the skyward toes
And we find our home where we scribe our poems:
In the minds of those holy lives we've known
Til the mileage shows and the island goes
Where the silence grows and the eyelids...close
Til we can't hold on
And we grind those bones for just one more song
Wrote in one more dawn
Yeah we all float on
Cause the river flows though the boat is gone
- So our soul lives on forever - and that won't fade
Just a drop in the bucket, yeah, but we all make waves
So goodnight, but never goodbye
Forever in each other's hearts and minds we reside
When we realize
We've all got a piece of god inside
Disguised as separate drops of rain
We ride
The waves, together, make the tide

from The Ratatat EP, released December 23, 2014
Instrumental: Cherry by Ratatat
Lyrics and Vocals by Bodi
Mixed and Mastered by Bodi

Bodi, formerly Alexipharmic, has been making music since he started watching YO! MTV Raps in Cookie Monster pajamas. He has toured the United States several times, made tracks with Eyedea, P.O.S., Emancipator, Budo, Kristoff Krane, and performed with many more. 50% of all his album and merch sales are donated to Mercy Corps' relief efforts in the Congo. He loves you, them, and sometimes himself. ... more

Bandcamp Daily  your guide to the world of Bandcamp